Close your eyes and picture the wonder of standing at the foot of an ancient giant, waking up from its slumber. Travelers to Ecuador don’t have to close their eyes, as the once-dormant Cotopaxi Volcano has recently sprung back to life.

At a towering altitude of 5911 meters above sea level, this snow-capped Andean mountain began to emit plumes of steam and ash in late August, and has continued. As of November 2015, there are continued explosions with ash discharges.

For anyone traveling through through most of Ecuador and the Galapagos, there is no need to worry or cancel your plans; but it is important that you take basic precautions.

Currently, all of Ecuador’s airports are operational, but it is possible that increased activity from Cotopaxi in addition to changes in wind patterns could result in temporary airport closures.

Travelers should check the airport’s and airline’s websites before departure to make sure that there have not been any changes to the itinerary.

Guayaquil is about 250 km (150 miles) from Cotopaxi, and is relatively downwind from the volcano. Noticeable ash has rarely been observed in Guayaquil’s history.

Quito is much closer, about 60 km (40 miles), but to the north of Cotopaxi, safe from the predominant winds that go towards the west and southwest. A major change in regional wind patterns could blow ash towards the airport and result in a closure of multiple days. 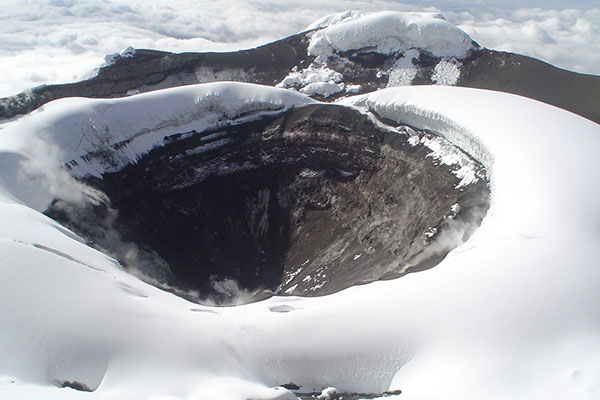 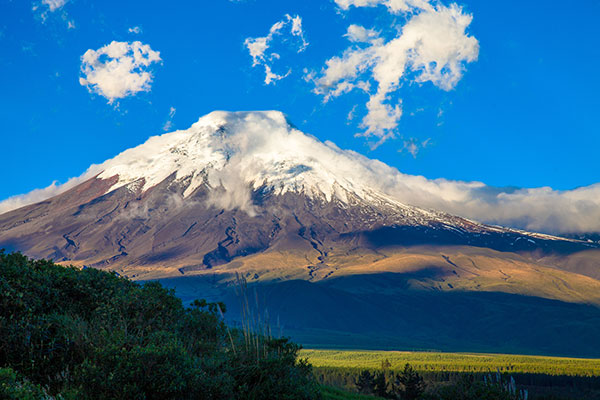 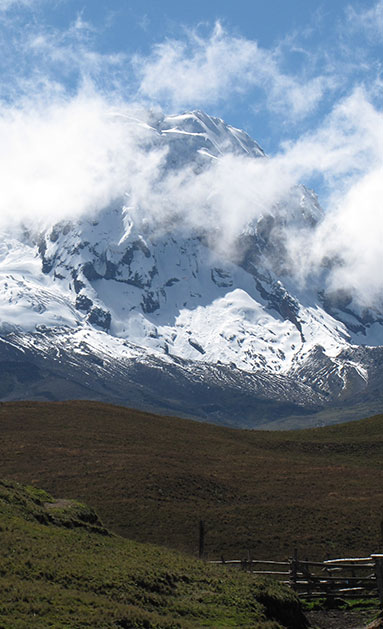 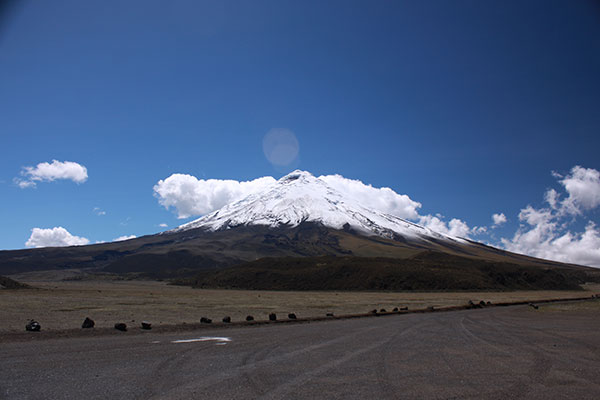 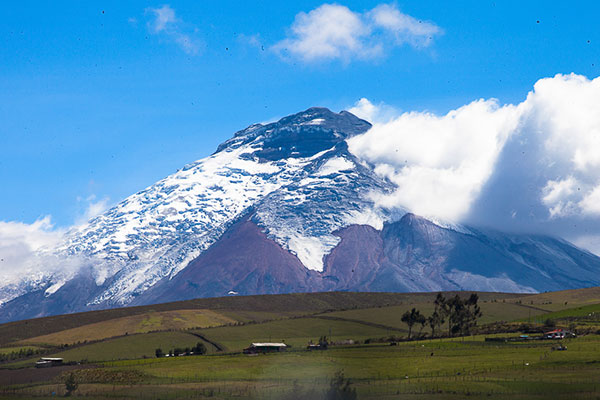 One can fly to Galapagos only from either Quito or Guayaquil and all flights have a layover in Guayaquil. Most travelers choose to spend a couple of days in the charming historical capital city in the Andes before flying to Galapagos. But, with the volcanic activity of Cotopaxi high, there is a smaller chance of travel being interrupted by volcanic ash if one flies directly to Guayaquil. The airports in Galapagos are unaffected by Cotopaxi.

Other smaller airports that could be affected by Cotopaxi’s activity are: Cotopaxi International Airport and Francisco de Orellana Airport in Coca

Cotopaxi National Park and surrounding recreation areas have been closed

Although Ecuador has only listed this as a yellow-level threat (the lowest of three emergency alert levels), the Ministry of Risk Management and the Ministry of the Environment have temporarily suspended visitor access to the Cotopaxi National Park and the Boliche National Recreation area.

Considering the wealth of other naturally beautiful destinations close by, the Ministry for Security Coordination recommends travelers enjoy the country’s other nature reserves, like Cajas National Park or the Galapagos Islands or even the UNESCO World Heritage destination of Sangay National Park.

The BBC reports that Ecuador’s minister of Risk Management Maria del Pilar Cornejo has stated that the biggest risk of the volcano’s activity would be the mudflows (lahars) and rock movement that result from Cotopaxi’s most recent stirrings.

Volcanologist Janine Krippner, a Ph.D. student at the University of Pittsburgh, affirmed this. “The amount of danger is a complex issue and every volcano can be dangerous if there are people involved – whether it is active or not,” she said. “Eruptions can produce ash and lava flows then go back into a dormant state, or become more active. More snow and ice on a composite volcano generally increases the danger because of the risk of lahars (mud flows).”

This also raises the concern about the falling ash, which the United States Geological Survey defines as including “tiny jagged pieces of rock and glass.”

Getting closer to the crater

If you are down for a more extreme adventure, you can visit areas colose to the volcano but outside the national park at haciendas and nearby towns. For people in the towns and communities within Cotopaxi’s vicinity, the Ecuadorian government suggests having a contingency plan & knowing the emergency procedures if heavy ash starts to fall.

Residents and travelers alike are advised to follow some basic safety procedures in case of increased volcanic activity:

Since Cotopaxi’s plumes have reached more than 1,000 meters above the volcano’s cone, depending on which way the wind is blowing the ash can fall on a large area of land. So far, however, there has been no magmatic activity and the ash that has fallen has merely been a light coating.

Precautions to take when traveling to Quito

Quito is only about 40 km (30 miles) from Cotopaxi Volcano, but other than falling ash, there is a relatively small impact on the capital itself. When booking lodges in Ecuador, make sure to check the hotel’s proximity to Cotopaxi while the volcano remains active. It’s also advisable to check the activity of the volcano in the days prior to your departure to make any necessary last-minute accommodations. It seems to be tapering off and decreasing, but safety should always take precedence.

There are approximately 325,000 people who live on the slopes of Cotopaxi, who were advised to evacuate when the Ecuadorian government raised the state of emergency to a yellow-level (the lowest of three emergency levels). Official reports state that over $500 million was earmarked for evacuation procedures and any other necessary emergency events.

The geology and volcanology of Cotopaxi

Cotopaxi is a composite volcano that has formed steep, symmetrical slopes after consistent eruptions have filled the various fissures and vents, thus strengthening the cone. When this kind of volcano erupts, gas-charged magma is drawn from deep within the earth’s crust and works its way through a conduit system. The lava will then flow out from these vents and down the side of the mountain.

In Ecuador, since Cotopaxi is a glacier and snow-capped peak, the primary concern when it erupts is the ensuing mudslides that can result. At the peak, the molten lava mixes with the snowy glaciers to form a fiercely viscous mud flow that bulldozes anything in its path down the slopes. According to the BBC, this was what caused the destruction of the small city of Latacunga during Cotopaxi’s 1877 eruption.

Krippner compares volcanoes to a bottle of soda that has been shaken up – the more pressure that builds inside the bottle, the more explosive its eruption will be: “The two main factors are density and pressure. Initially, magma or hot rock rises towards the surface of the earth because it is less dense than the surrounding rock. As it gets closer to the surface, it releases gas to form bubbles, and this produces pressure – sometimes enough pressure to blow rocks high into the air at the surface. Below the surface of the earth the gas is naturally dissolved in the rocks. As the magma rises, this gas comes out of solution because of the pressure reducing – like opening the soda bottle.”