Ever since Charles Darwin cruised around the Galapagos Islands aboard the HMS Beagle, it seems that cruises of the islands have been the best way to see them. This was true even relatively recently, as the cruises had better accommodations and food than were available in the small towns, plus you got to see more visitor sites.

That’s changing now, and island-hopping tours (also referred to has land-based tours or hotel-based tours) are much more popular. This can be attributed to improved services in the towns of Puerto Ayora (Santa Cruz Island), Puerto Baquerizo Moreno (San Cristobal Island) and Puerto Villamil (Isabela Island). Even tiny Puerto Velasco Ibarra (Floreana Island) is getting in on the action.

But which sort of tour is better for you? Here’s a handy guide to get you started.

In the past, the cruise ships would have won this category hands down. The rooms on the ships may be a little cramped, but they’re generally nice, and the food is top-notch, especially on the luxury and first-class ships, where they bring in professional chefs to prepare the food. Nowadays, however, there are a variety of hotels on the islands catering to every comfort level and the food in the restaurants is quite good. Edge:Ships.

Edge: The food’s probably better on the ships, but spacious rooms on land even the score. Ships take the win because of limited hotel facilities on Isabela and Floreana Islands.

Galapagos cruise ships are expensive. That’s just the way it is. The nicer ones can cost hundreds of dollars per night. There are some relatively inexpensive boats in Galapagos, but many of the cheapest ones are of questionable quality and service can be abominable on the rock-bottom cruisers. Last-minute deals can be a big help. In the towns, the most luxurious hotels can be quite expensive, but it is possible to find an acceptable room for as little as $20/night/person and you can save a lot on food if you buy it at the markets. All of the towns have visitor sites nearby that are free. 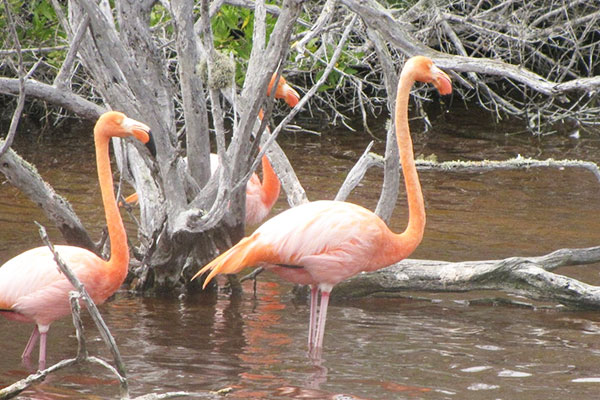 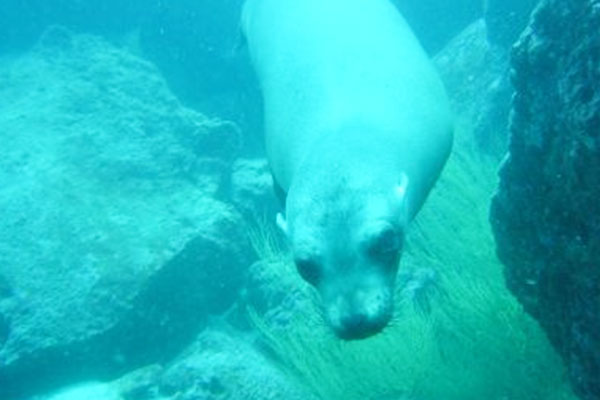 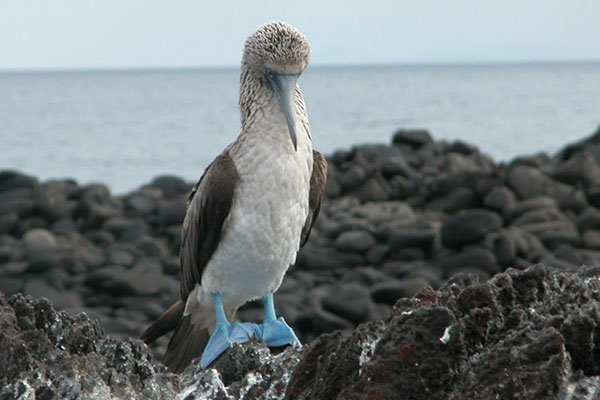 In Galapagos, wildlife is everywhere. The first day or two of any trip, it’s always interesting to watch the other visitors take photos. They always take 500 pictures of the first marine iguana they see, but a few days later, they have seen thousands of them and casually step over them on the island walks without a second glance. The towns have a surprising selections of nearby visitor sites that are free and easy to go to. For example, in Puerto Ayora, you can walk to Las Grietas or Tortuga Bay and a visit to the highlands to see tortoises is very easy to set up. On the ships, you get to go to more visitor sites, including many that are off limits to non-cruise traffic.

Edge: Cruise ships (but not by as great a margin as you might think).

This one is a little funny, because there are specialized diving cruises which do not go to the regular visitor sites, and regular cruises are no longer allowed to do dive trips. Going on one of the dive cruisers is a bucket-list journey for any avid diver: a visit to the remote islands of Darwin and Wolf is one of the best dive trips in the world. On the islands, there are dive shops in all three major towns and the nearby sites are spectacular. Snorkeling near the towns is surprisingly good, and most cruises snorkel several times during the cruise.

Every diver should go on a Galapagos dive cruise at some point in their lives, and the snorkeling sites available to the standard cruisers (such as the Devil’s Crown) are better than those near the towns.