The Galapagos Giant tortoise is perhaps the most iconic animal in Ecuador. In fact, they lend their name to the whole archipelago – when the Spanish explorers first came to the islands, they thought the shells of these giant tortoises resembled a Spanish-style saddle, or “galapago.”

Each Population is Distinct

Many people don’t realize that there are several entirely distinct populations of Galapagos giant tortoises, each with a slightly different genetic signature. 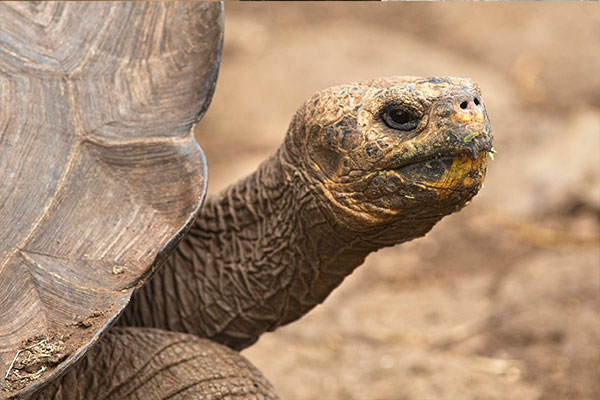 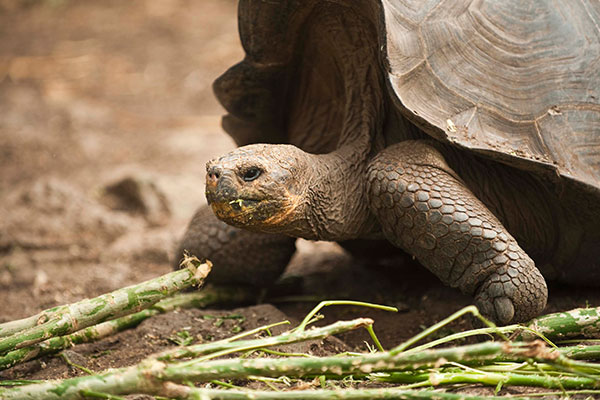 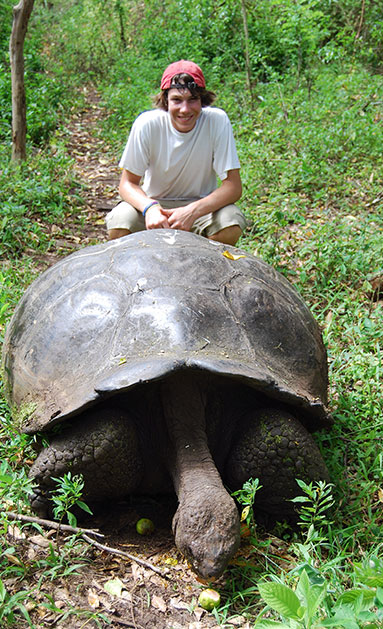 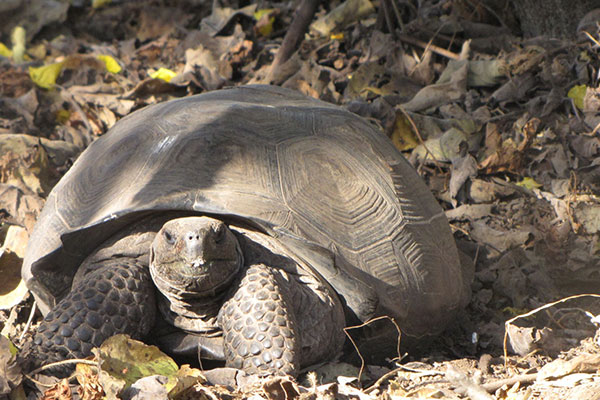 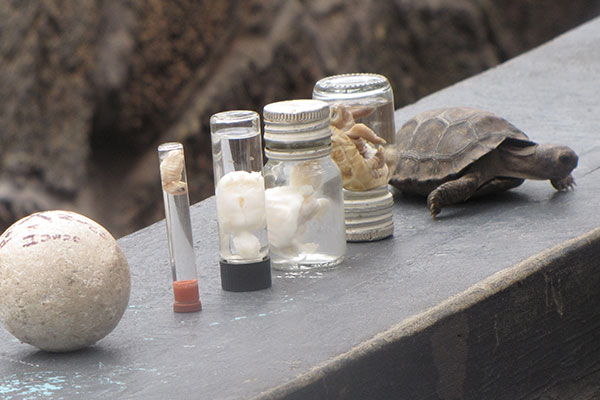 Until the mid-20th century, the Galapagos Giant Tortoises were in extreme danger of being hunted to extinction. Originally, their population was estimated to be around 300,000 individuals in the Galapagos Islands some 300-400 years ago, when mariners first started using the Islands as a midway point on their journeys.

The following three centuries saw a sharp decrease in the tortoise populations as whalers, pirates, and merchants would hunt these animals for their meat. Since tortoises can go for long periods of time without eating, they made for great fresh meat on long stints on the sea – a live tortoise could be stowed in the hull of the ship until they were ready to eat it.

On top of over-hunting, the feral dogs,cats, and rats that were introduced to the Galapagos Islands were a big threat to the tortoise eggs and young tortoises, also contributing to the population decline. Unfortunately, there are a few tortoise populations that have been hunted to extinction, like the Pinta Island population, of which the last male was the renowned Lonesome George, who died in 2012.

However, ever since the Galapagos National Park was established in 1959, the poaching of tortoises has been illegal, and heroic conservation efforts have brought several tortoise populations back from the brink of extinction.

A major part of this effort is the tortoise breeding program. With stations located on Isabela, Santa Cruz, and San Cristobal and open to the public, the National Park conservationists capture and breed vulnerable tortoise populations in the safety of captivity.

The tortoises are kept in captivity from egg through adulthood, and as they grow they are moved to larger pens that are more suitable accommodations. Each station carefully tracks and monitors the health and growth of the tortoises, and once they have reached maturity and are independent, they are repatriated to their natural habitats on the various islands.

Super Diego: On the opposite end of the spectrum is Super Diego. Just about 50 years ago, he and one other male were the only males in the company of just 12 females in the Espanola Island population of tortoises. Now, at over 100 years, he has fathered more than 800 offspring and essentially single-handedly brought the population back to a healthy level.