The Galapagos Islands in April

As the wet season gradually begins to taper off, the previously arid lands of the islands come back to life in a vivid array of greens – creating lush and verdant landscapes for the eye to behold. Not to mention, the waters themselves become less tumultuous and allow for clearer views of the depths below and greater visibility of aquatic life. This month and May are typically regarded as the best months to visit the Galapagos.

Volume of travelers is relatively low (except around Easter Week). This is good time to look for a last-minute deal.

The month of April is quite the time for Albatross spotting, as one of the largest birds throughout the islands arrives en masse at Española where their courtship begins. Virtually the entire world population of some 12,000 pairs nest on Española Island, where the species itself is regarded as endemic. The first group that arrives at the end of March are composed of males. Females arrive shortly thereafter and pairs begin mating soon after reuniting. Albatrosses pair for life, with a lifespan of up to 40-50 years. 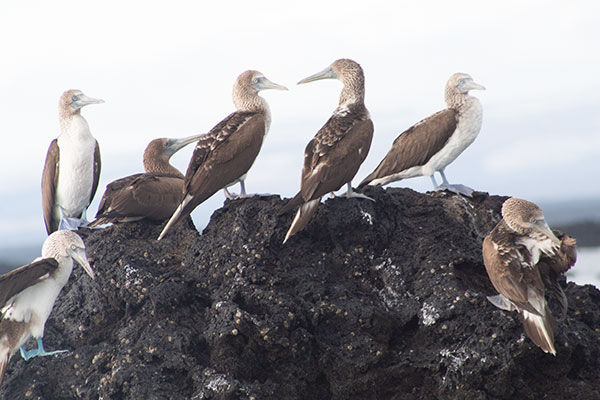 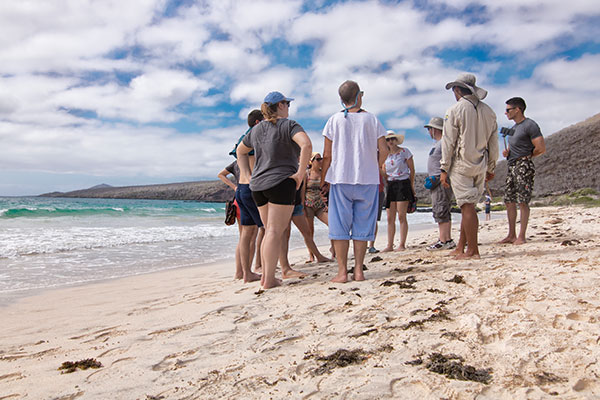 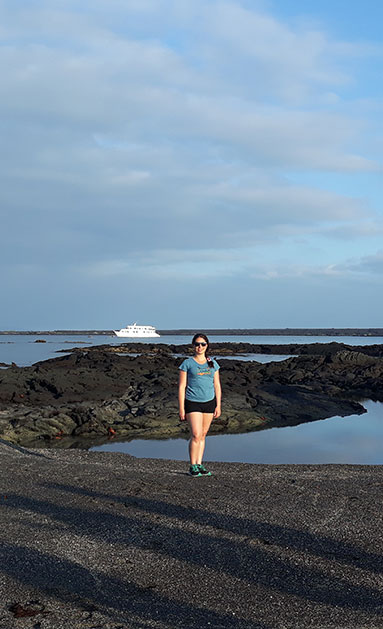 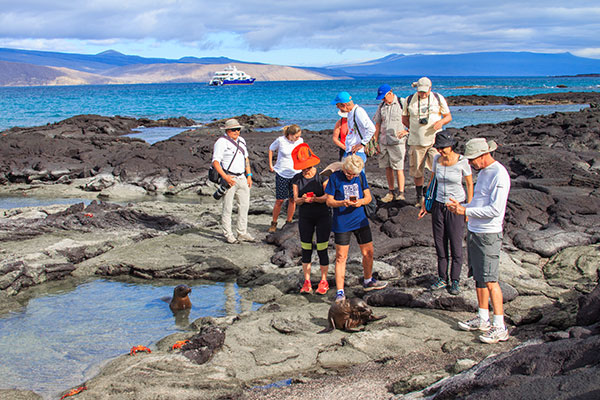 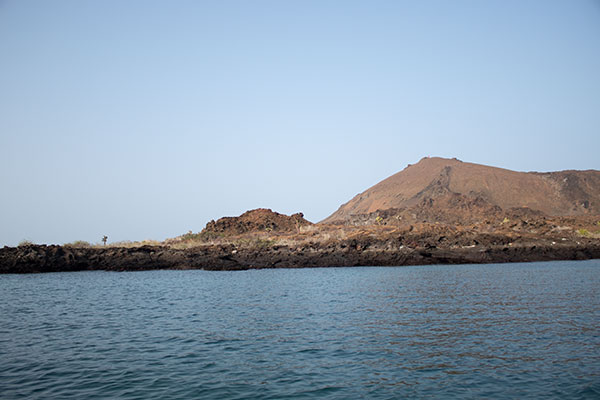 Hatching season comes to an end for giant tortoises after nearly 120-140 days of incubation. Out of a 1-foot (30 cm) deep hole that the female tortoises make, roughly two to sixteen (the number varies from one race to another) tennis ball-sized eggs hatch and make their way to the surface. The hatchlings may weigh only 90 grams and hawks tend to be the only native predator of the newborns.

Sea turtle hatchlings that have managed to survive the long incubation period will emerge from the sand, typically at night but this may occasionally occur in daylight. If the latter is the case, the hatchlings will move close to the sand’s surface and patiently wait until it gets dark. Failure to wait (typically by being fooled by dreary weather) during daylight makes them instant prey for ghost cabs, hawks, mockingbirds and frigate birds. The dangers remain, however, should the hatchlings make it to sea – at which point they are vulnerable to the wrath of sharks, fish and possibly even boobies and pelicans.

Hatchlings (roughly two to twenty-five in number) emerge from their burrow about three to four months after being laid, and spend nearly a week digging their way up to the outside world – a world of heavy predation. As a result, you’ll find herons, egrets, hawks and owls congregating in nesting areas during emergence periods and preying on the tiny hatchlings.