Planning your Galapagos Vacation in August

Prepare for a trip unlike anything you’ve ever experienced before – visiting the Galapagos Islands in August is a great way to get to know one of the most beautiful natural paradises of our planet. Its rich human history includes a past of buccaneers and prisoners, marooned sailors, and even Charles Darwin, whose short stay in the Galapagos Islands helped inspire his 1859 icon “The Origin of Species,” which debuted his theory of evolution.

With a total population of just over 25,000 people, the Galapagos archipelago is one of the most pristinely maintained national parks in the world that you can visit. The transit control department works closely with the National Park to make sure that tourist traffic does not interfere with nature’s beauty. So if you’re one of the few lucky visitors that can make the Galapagos a part of your vacation, then make sure to take full advantage of everything it has to offer.

The time from June to November is known in the Galapagos as the “garua” season, which means that skies are generally more overcast and there are short drizzles throughout the day. The word “garua” means “mist,” referring to the light mist that is common on mornings during this season. 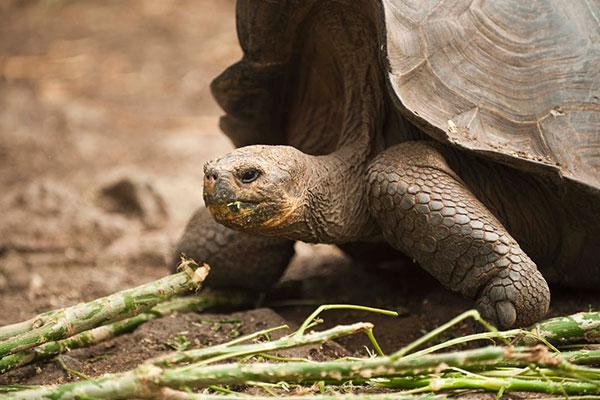 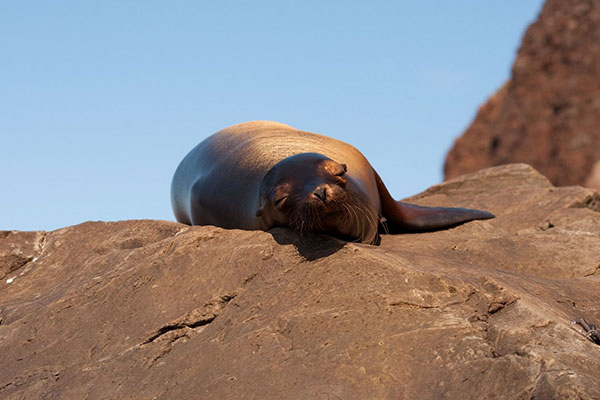 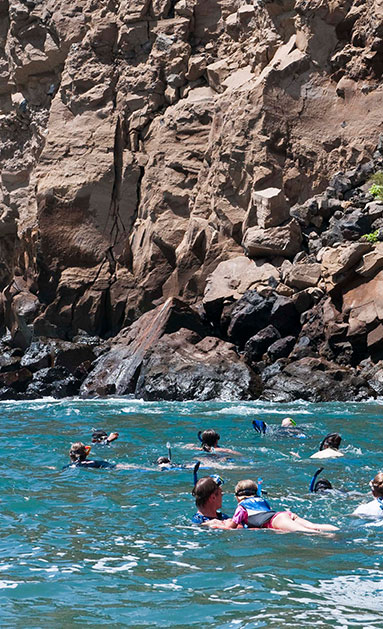 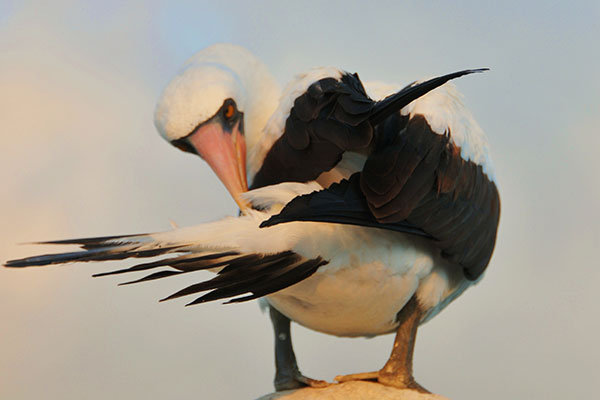 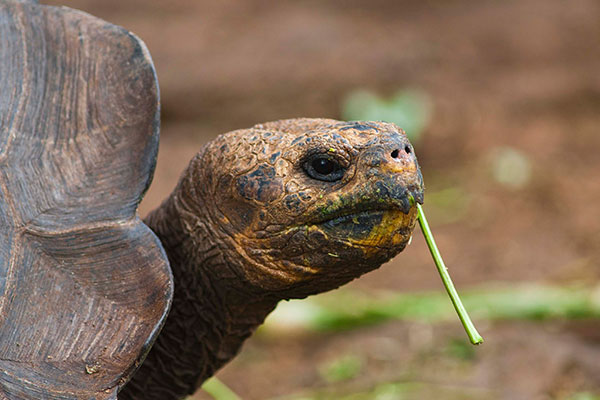 During August, you can expect to experience a cooler, drier climate during your stay and average water temperatures that reach their lowest points of the year – dropping as low as 64°F (18°C). If you are planning a snorkeling or diving trip, this means that you will most likely feel most comfortable in full body wetsuits, which are provided by your tour operator if you don’t bring one of your own. Winds also increase in strength, but never to an unreasonable level.

This is a great time to visit the Islands if you want a good chance to spot a whale or a dolphin. If you are on a Galapagos cruise, then keep your eyes on the water’s surface and have your cameras ready. Dolphins will often swim close enough to the boats to see them jumping out and into the water clearly; and whales can be seen surfacing.

Snorkeling in the Galapagos

The nutrient-rich Humboldt current, which helps to sustain such a diversity of marine life, becomes stronger during this period. This makes August an ideal time for snorkelers, as the sea life becomes more active and vibrant.

Blue-footed boobies (sula nebouxii) – nesting. These are perhaps the most famous of the native Galapagos sea birds, with their signature bright blue feet. During their mating ritual, a male will “dance” in front of a female, raising its feet in the courtship display.

In August, when they begin nesting, your best chance to see them will be in the sky, as they search for food. Often, they will hunt in flocks and take plunging dives into the ocean from heights of 80 feet (24 meters). At night, they return to their nests, where they help cover their young and keep them warm using their large webbed feet.

Waved albatross (phoebastria irrorata) – nesting. This is the largest bird in the Galapagos and is endemic almost exclusively to Española Island (with a small population that possibly lives on Isla de la Plata as well). Once their mating season ends, they will nest on Española’s cliffs and rocky shores.
They are currently a critically endangered species, threatened particularly by fisheries. Newly born chicks have dark, black/brown feathers and feed on a diet of pre-digested fish and squid.

California sea lions (zalophus californianus) – birthing. Most people have seen this species in captivity, as they are very intelligent and playful, making them an easy animal to train for zoo shows.

In the wild, they are native to the Galapagos Islands and other offshore islands. When they are born, pups are only about 30” (75cm) and 13 lbs (6kg). Full-grown adult males can be up to seven feet long and weigh up to 850 pounds; females can be six feet long and weigh 220 pounds. Their diet is diverse, ranging from squid and octopi, to fish, and even small sharks.

Baby sea lions nurse for up to six months, and the mother can recognize her pup even in crowded nurseries. The protective adult males stand guard over the nurseries and can be very aggressive.

Galapagos fur seals (Arctocephalus galapagoensis) – birthing. These mammals prefer rockier and shadier areas, making them harder to spot than their sun-bathing cousins, the California sea lions. Although they are called “seals,” they are actually another species of sea lions, characterized by their bulging eyes and ears, thicker fur coat, and large front flippers that help them walk on rocky shores.

Since mothers generally give birth to only one pup per year, if another one is born in the same year, its chances of survival are small, as the mother will likely only take care of the first-born of the year. Young seals nurse for up to three years, but can begin hunting for fish and squid as early as their first year.

Galapagos giant tortoise (geochelone elephantophus) – lay eggs in the wild; only on Santa Cruz Island. These gargantuan tortoises are endemic to the Galapagos Islands, weighing an average of 475 pounds (215kg).

When Darwin visited the Galapagos Islands in the 19th century, there were 15 types of giant tortoises; now, that number has been reduced to just 11, due to excessive hunting by merchants, whalers, and pirates in the previous centuries. Now, although they are an endangered species, the National Park has made dedicated conservation and repopulation efforts. One such project is the Tortoise Breeding Station, on Isabela Island, where young tortoises are kept safe for their first five years of life; other more critically endangered subsets of this species are kept longer to ensure their safety.