The Galapagos Islands in May

Rains begin to subside and the temperature around the islands finally begins to cool off while the water remains warm. Some nights even start to get chilly as the Galapagos begin the transition from the hotter, rainier season into Garua season characterized by more foggy, cooler days. Many say that this is the ideal time to visit the Galapagos Islands.

Tourist activity begins to gain traction as schools and classes come to an end for summer break. Past mid-May it gets difficult to find last minute deals.

Should you find yourself on Española or Daphne Major at this time, a little bit of patience will reward you with the opportunity to see at least part of the eccentric courting dance that the blue-footed boobies perform. It usually begins with a male making himself noticed from a chosen place by “skypointing” with his beak upwards and wings extended. Upon successfully attracting a female, the two birds typically begin to parade around each other with the male waddling around with a cocked tail and raising one foot and then the other. As the ritual continues, one of the two will end up skypointing until the other reciprocates with the same pose. It’s not unusual to see one of the two boobies pick up a twig or rock and place it on a non-existent nest throughout the courtship. 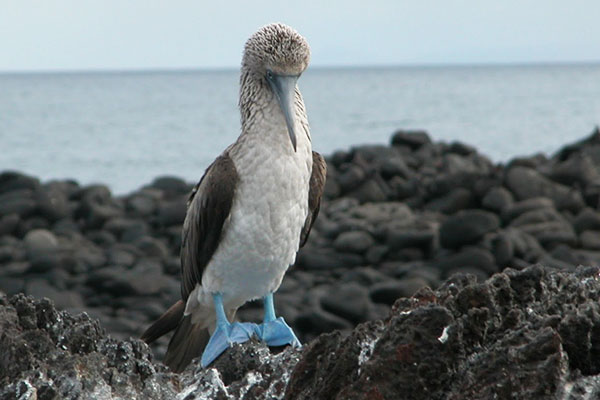 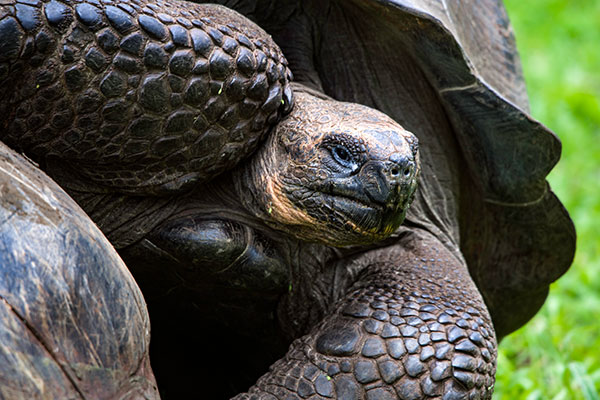 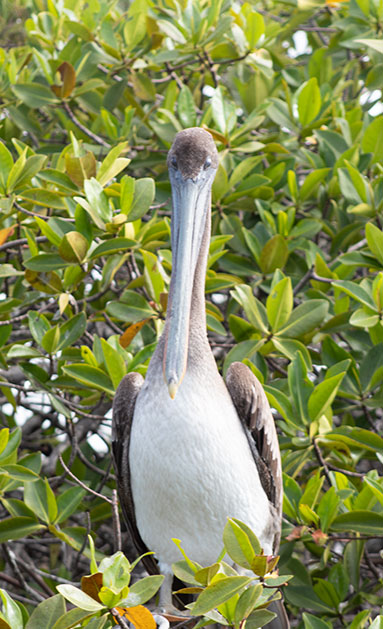 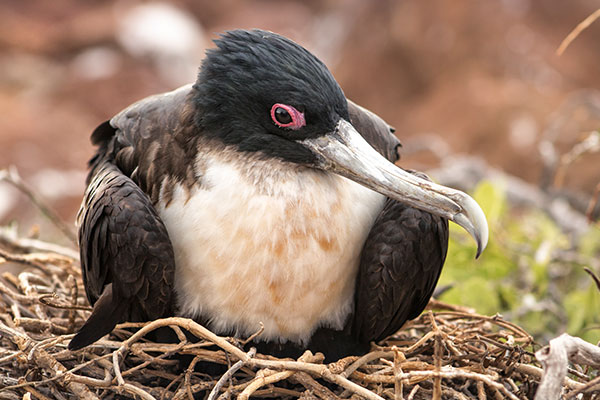 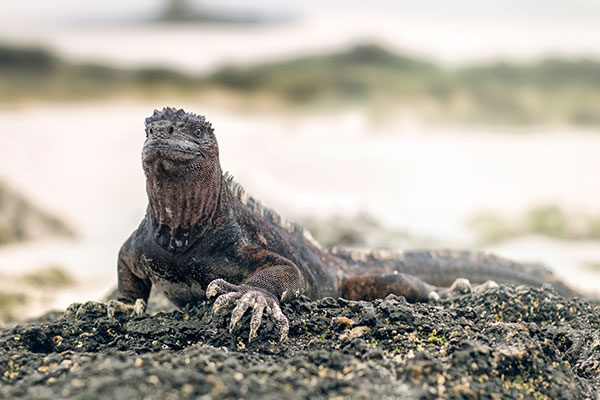 After a period of three to four months, the hatchlings emerge from the interior of the leathery white egg that they have been incubating in. Typically one to four eggs are present. On Santa Cruz hatchlings emerge during mid-May. The hatchlings are often preyed upon by snakes, lava gulls, and invasive species such as cats.

Upon pairing up, the process of nest-building commences. Frigatebirds are notorious for being kleptomaniacs throughout this process, given they often steal twigs from the nests of red-footed boobies (or even another pair of frigatebirds). Both male and female take part in constructing the nest, and these are often found constructed in shrubs or trees. One egg is laid, followed by the sharing of incubation duties between both parents over the course of seven to eight weeks. They often alternate one week at a time, and may even lose as much as 1/5 of their weight throughout this period. Eggs are lost sometimes due to poor nest building, an event which often leads to the whole courtship process starting all over again (upon which new couples form). The male’s pouch has typically shrunk by the end of the nest building phase, and might be nothing more than a shriveled bit of flesh seen under the beak at this point.

The first half of May sees the laying of eggs. Each pair produces one large white egg that is incubated by both parents for two months. Each parent may sit for up to twenty-three days at a time. As hatching time approaches, both parents begin alternating incubation duties more rapidly so as to be prepared to feed the newly hatched chick with freshly caught food. The parents often rest very little during this period and even begin exhibiting peculiar habits such as moving their eggs around (as much as 40 meters in a few days). It happens that the eggs often end up being deserted or getting adopted by other pairs that have lost their own egg.

Courtship for this species of birds involves an amusing “aquatic dance” in which both male and female swim back and forth past each other, with their necks typically bent in a snakelike form while making gurgling sounds. During this dance, one or the other raises itself halfway up out of the water and points its head and beak upwards while flapping and shaking its wings. Following the aquatic dance, the male will take lead and direct his partner to shore with his tail cocked and his head performing the action of “snake-necking.”

These birds often nest among small colonies or separately on low rocky cliffs or beaches. The bulky nest is often made using seaweed and any other materials found in and around the shore and, once completed, becomes the temporary home for two to three whitish eggs. The process of nest building involves the male collecting and delivering the materials, and then the female using these to construct it. Incubation time for the eggs is about thirty-five days.

Galapagos Penguins choose a mate for life. Eggs are habitually kept out of sun, and as a result egg “holes” are often found located in caves or crevices. Duties are shared over the course of five weeks, while one parents stays with the eggs and the other goes off to feed. At the end of this period, brown down-covered chicks appear. If there is a scarcity of food present throughout the islands, nests are abandoned. If conditions are the opposite, a pair can lay as many as three times as many eggs in fifteen months.

As the hot season rolls in, breeding time arrives from the Flamingoes. While the courtship process is not well known, it is evident that Flamingoes are social breeders and will avoid nesting by themselves. Breeding season is often a spectacle, with the birds standing up to their full heigh and parading around, ballet-like, with fluffed-up feathers.

Nests are made from mud and molded into a bowl-like shape into which the egg is placed. Both male and female work together to build the nest and take turns incubating the egg for a month. Flamingoes have been known to be incredibly nervous creatures and will often completely abandon their nests if something startles or disturbs their territory. Take note, dear visitor: Avoid making unnecessary noises or movements that might disturb the birds.