El Niño 2015 and The Future of the Galapagos Penguin

In the 1997-98 El Niño, Galapagos Penguin populations were decreased by about 80%. Could the 2015 El Niño threaten the Galapagos penguin with extinction? While this climatic phenomenon has severe implications for any marine animal dependent on the normal Galapagos ecosystem, the endangered Galapagos penguin could take a critical hit if El Niño conditions wipe out their source of food.

As any Galapagos traveler will tell you, even among the countless intriguing endemic species to these ancient isles, one of the most interesting (and perhaps cutest) is the Galapagos Penguin. Unlike its Antarctic cousins, these miniature creatures only grow to be 19 inches tall and under six pounds. They most likely arrived to the Galapagos Islands via the Humboldt Current and can be seen keeping cool in the tropical breeze with their wings at a 45º angle.

In recent years, the Galapagos penguins have enjoyed a population boom, according to a press release by the American Geophysical Union. It indicated that “shifts in trade winds and ocean currents powered a resurgence of endangered Galápagos penguins over the past 30 years, according to a new study. These changes enlarged a cold pool of water the penguins rely on for food and breeding – an expansion that could continue as the climate changes over the coming decades”, the study’s authors said. 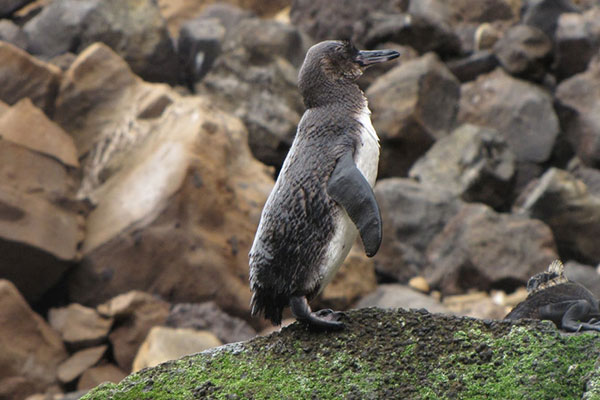 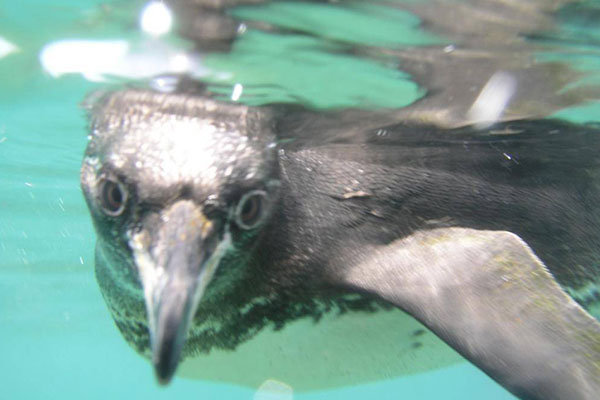 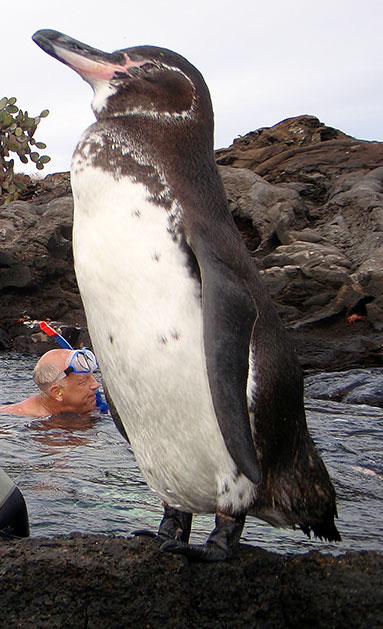 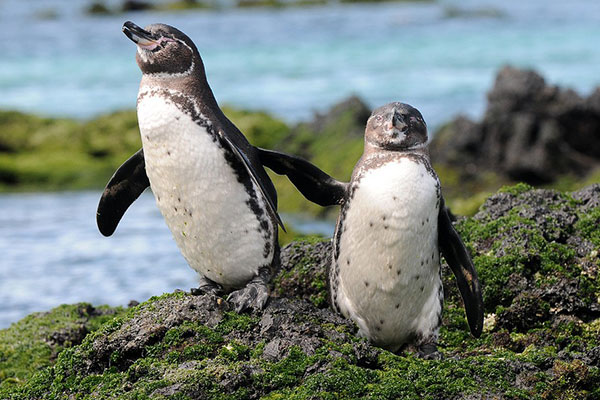 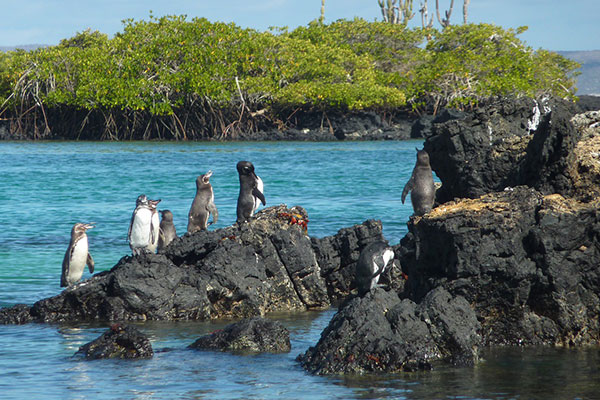 The Threat of El Niño – Natural Selection in Action

However, just as easily as their population has surged, it could be decimated if a powerful oceanic event raises ocean temperatures high enough and long enough for a massive famine event.

The AGU press release indicates that during the 1982-83 El Niño event, numbers dropped from a healthy 2,000 to less than 500, as they struggled to find food and nourishment, which impacted their ability to mate. Now, the already-endangered penguin faces another strong El Niño event, and the potential depletion of nutrients is harrowing.

Disruption of the Ocean’s Food Chain

Typically, during non-El Niño years, the Galapagos Islands are situated at the convergence of several trade winds and currents. The southern currents blast nutrient-rich cold water from the Antarctic region into the archipelago, while the trade winds blow the warm surface water westward towards the Asian Pacific. When warm surface water is replaced by the nutrient-rich water from the deep, this is known as upwelling. These two factors combine to keep the food chain in balance – phytoplankton are food for the small fish; small fish are food for bigger fish; and bigger fish form the diet of animals like the sea lions and the sea birds, including the Galapagos Penguin.

Whenever a super El Niño hits, these trade winds and ocean currents weaken considerably and strangle the food chain from the bottom up, according to an NOAA climatologist. All of the animals, birds especially, are forced to compete with each other and with the demanding commercial fisheries of the Galapagos. Since the demand for food stays just as high when the supply diminishes, it becomes a true case study of the survival of the fittest.

Dr. Martin Wikelski, a professor at the University of Konstanz and the director of the Max Planck Institute for Ornithology, explains that how the penguins are affected is fairly straightforward: “When nutrients are gone this is detrimental for fish swarms and [therefore] penguins.” Unfortunately, while some species have evolved more adaptable reproductive systems, Wikelski says that the penguins are not as versatile, and suffer more severe population losses when El Niño hits. “They recover more slowly because their reproductive system is not as flexible, as in the marine iguanas,” he says. With population numbers so low before the ENSO conditions arrive, its impact will be tangibly worse. Hopefully, thanks to the recent population explosion due to global warming, the penguins might still have a pretty fair shot at survival. “We know that environmental conditions during El Niños change a lot, and this introduces a lot of interesting evolutionary dynamics in Galapagos species,” Wikelski says.

The future of the Galapagos penguin has yet to be written; but when this El Niño begins to taper off in February, we will see if March becomes a March of the penguins or a march towards extinction of the Galapagos Penguin.