Geology of the Islands of Fire: Galapagos

Geology of the Islands of Fire: Galapagos

The Galapagos Islands are 600 miles from the Ecuadorian mainland and positioned over a hotspot in the crust at the bottom of the ocean. According to the Oregon State University’s Volcano World page, hotspots are “places within the mantle where rocks melt to generate magma.”

Slowly, this magma is pushed through the surface of the crust and forms a volcano. As the lava flows from these underwater volcanoes, they cool and harden, gradually growing over hundreds of thousands of years. Layer-by-layer, these volcanoes finally reach out of the water and form tiny islets, which ultimately become mighty islands.

Hotspots don’t move, but islands do. Since the hotspot in the Galapagos Islands is in the western archipelago, the islands in this region are the youngest. Those that have moved eastward are the oldest. The Galapagos Islands are located on the Nazca plate in the Pacific Ocean.

The youngest of the islands – including Fernandina, Isabela, and Santiago – are just 700,000 years old. Santa Cruz and Floreana, in the central archipelago, are around one million years old. And the easternmost island of San Cristobal – where the capital city of Puerto Baquerizo Moreno can be found – is the oldest of the Galapagos Islands, at around 2.4 million years old.

Just like anything else in the natural world, islands also have life cycles – they’re just a lot longer! While it may take over a million years for a volcano to emerge from the water and form an island, as they slowly shift away from the hotspot on their plate, they sink back into the ocean from whence they came. But don’t worry – they sink just as slowly as they rise, so the islands that are around today will be around for hundreds of thousands more years before sinking again. 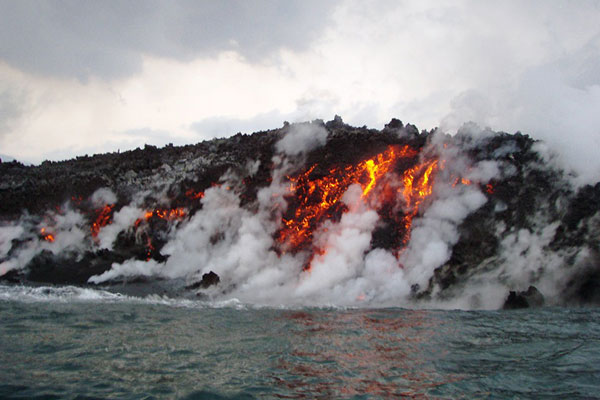 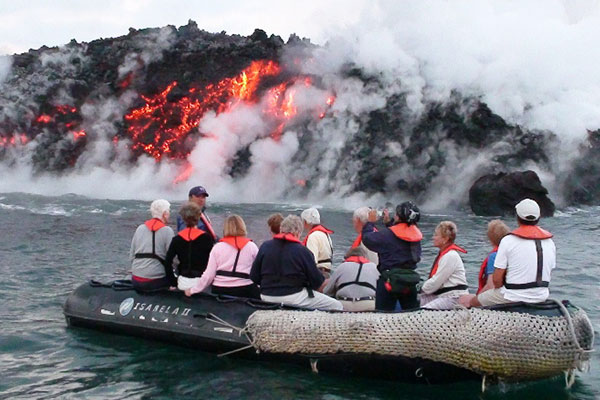 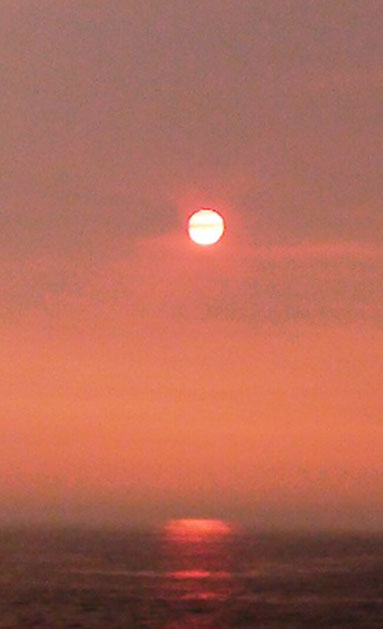 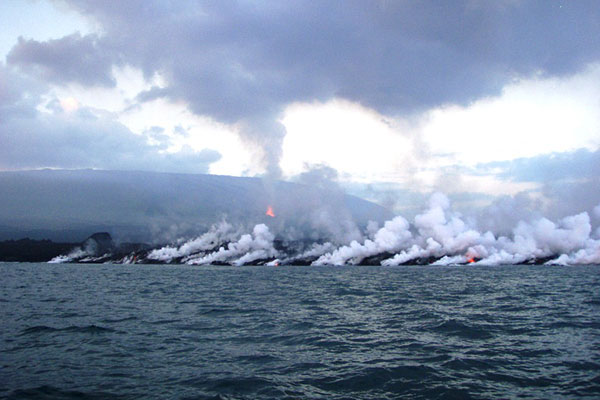 Some of the best examples of these sunken islands are:

Hot Topic: Several of the Galapagos Volcanoes are Still Active!

In fact, that’s why Isabela Island is so big – unlike many of the Galapagos Islands which were formed by just one volcano, Isabela is a giant landmass where a whopping six volcanoes have merged to form the biggest island in the chain.

Many of the Galapagos volcanoes have erupted within the last 100 years, which geologically speaking is a very short amount of time. While several of these are considered “dormant” (sleeping), others have been much more active recently, including:

A shield volcano is vast and expansive, reminiscent of a warrior’s shield, as they grow over time in horizontal layers.

The cinder cone has a much more vertical stereotypical volcano look to them with steep conical sides.