How the El Niño phenomenon affects the Galapagos Islands

How the El Niño phenomenon affects the Galapagos Islands

The Galapagos Islands feature some of the most pristinely preserved natural ecosystems on the planet and host some of the world’s most vibrant biodiversity. Right at the vertex of three oceanic currents and formed on nutrient-rich volcanic soil and rock, these diverse ecosystems depend on various factors in order to survive, and their delicate balance is hinged on the constance of these factors. During El Nino years, when currents weaken and trade winds die down, the entire Galapagos food chain is impacted and many species face mass starvation and near extinctions.

Scientifically, the El Niño phenomenon is fascinating and still boggles oceanographers as to what causes it and how to predict it; but to the fragile Galapagos ecosystems, this occurrence is devastating.

One harrowing example illustrates just how powerful this phenomenon can be: The most recent strong El Niño events of 1982-83 and 1997-98 were followed by decimation of 77% and 65% of the penguin population, respectively.

During an El Nino year, trade winds that typically blow warm water from the Ecuadorian Pacific towards the Asian Pacific die down; while this is happening, the Antarctic Humboldt Current, which jets cold water into the Galapagos Islands weakens. The combination of these two events impacts the process of “upwelling,” when the cold, nutrient-rich waters from deep in the ocean come towards the surface. When upwelling happens, phytoplankton and algae in the shallows can use the nutrients from the cold water in conjunction with the sunlight to reproduce via photosynthesis.

When these primary levels of the food chain are starved by the lack of nutrient-rich, cold water, there is a suffocating pressure on nearly all the species. Anything that gets its food from the sea suffers extreme starvation, and when populations of certain species die out in mass numbers, it shapes the evolution of the entire species. 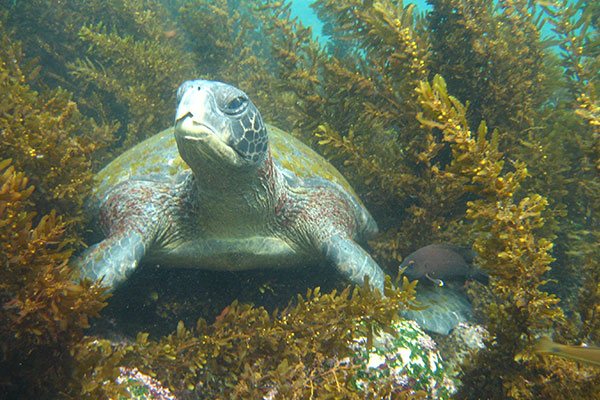 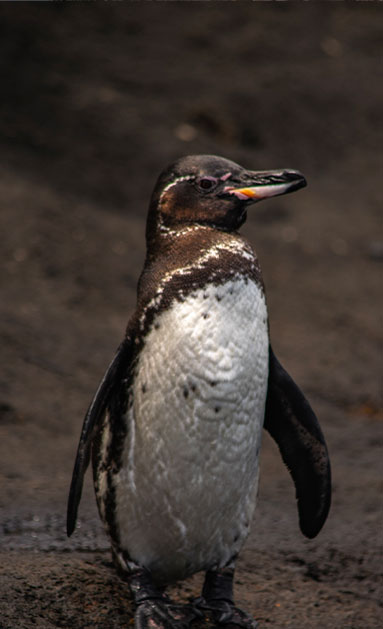 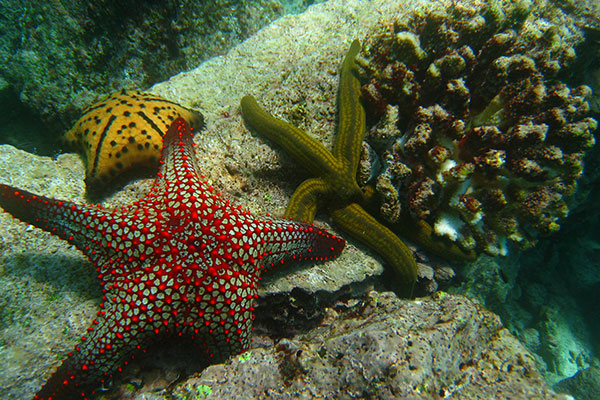 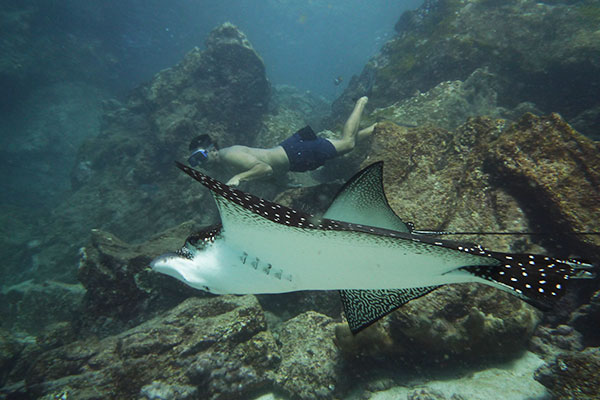 Penguin, marine iguana, sea lion, and other species populations dropped to about half in the last super El Nino in 1997-98. The largest marine iguanas quickly starved, while the smaller ones shrunk their bodies even further to adapt to the decreased availability of algae. Sea lion colonies and Galapagos penguins that depended on fish competed with the fisheries, whose demand stayed the same even though the fish populations largely died off – this resulted in a devastating drop in the sea lion population as well.

On the other end of the spectrum is the increased rainfall, which helps plant life and the species that depend on it for food to flourish on the Islands. Many species in the highlands have a period of abundance and even overpopulation during and following El Niño.

The following is a more complete list of effects, compiled by the Charles Darwin Foundation for the Galapagos Islands and University of North Carolina Wilmington:

Simply put, the El Niño event happens on average every 2-7 years when temperatures in the atmosphere and ocean rise around the Equator in the eastern Pacific. The normally cold, nutrient-rich waters of the Humboldt current are replaced by warm tropical resulting in an increase in rain and an extreme impact on the food chain in the Galapagos Islands, affecting nearly all native animals.

But in order to really understand this phenomenon, you have to first understand more about the Galapagos Islands themselves and why they are so special.

The science behind El Niño

The El Niño phenomenon normally happens on average every 2-7 years. Scientists aren’t sure if it starts in the ocean or the atmosphere, but as it develops it has major effects on both. Although it is a relatively cyclical occurrence, the major thing to consider is the strength of an El Niño. Based on the Oceanic Niño Index, there have only been five strong or very strong phenomena of the 23 total in the last 60 years.

The event (which means “the boy” in Spanish) is named after Jesus, since it most commonly begins around Christmas in December.

As of October 2015, oceanographers and climatologists have come to a general consensus that this year’s El Nino-Southern Oscillation phenomenon will be one of the strongest, if not the strongest, in recorded history, factoring in the unprecedented variable of the melting polar ice. How strong it will become has yet to be seen, but most agree that it will reach its strength between the months of November and January before beginning to taper in the spring and early summer months of 2016.