Planning a Diving Trip to the Galapagos

The Galapagos Islands are one of the world’s premier SCUBA diving destinations. Here are tips on how to plan a diving trip to the Galapagos.

There are two ways to go diving in the Galapagos:

Are Galapagos good for beginning divers?

Each diving spot varies in the experience level necessary to safely enjoy it, but overall the Galapagos Islands’ diving spots are not for beginners. Learning or getting certified in the Galapagos is . Get your SCUBA certification and practice in before you book your diving tour of the Galapagos. Many of the spots are ideal for intermediate divers, while others are only appropriate for the most experienced.

There are only a handful of ships that offer liveaboard diving cruises, but fortunately they include budget, mid-range, and first class vessels to fit any budget you might have: 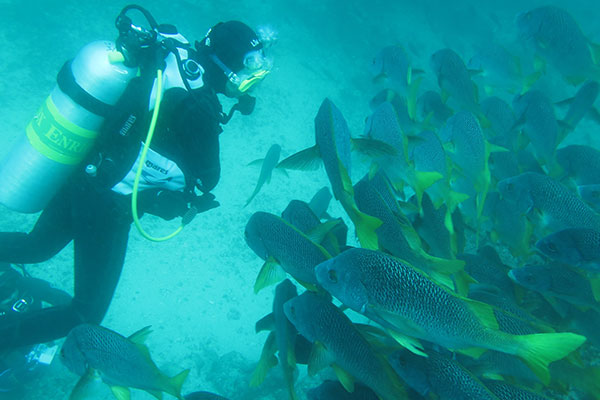 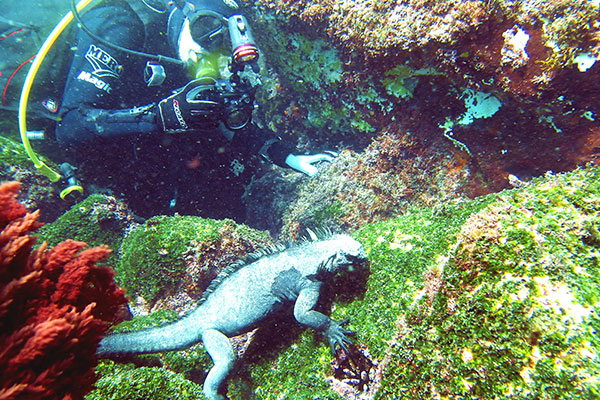 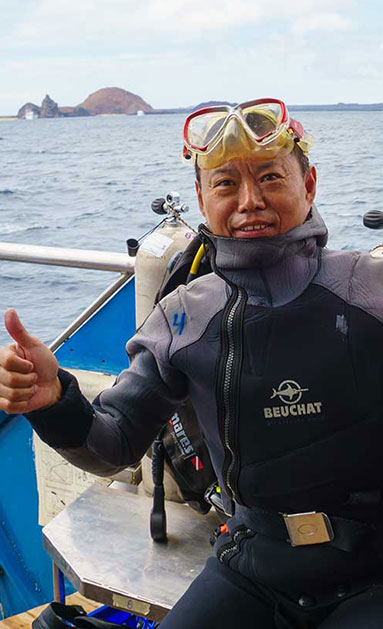 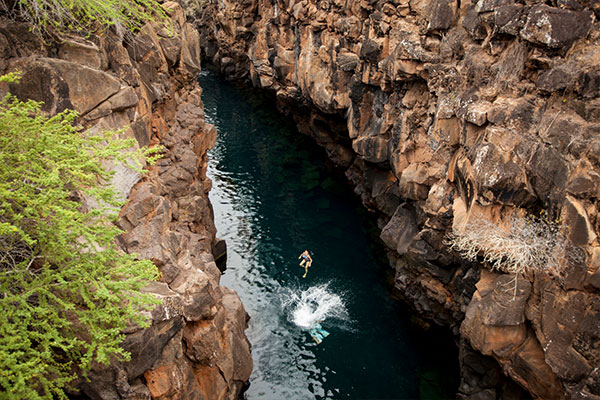 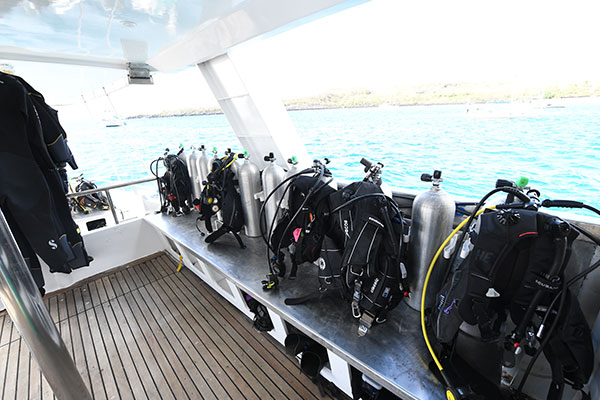 If you want to swim with the sharks, then make sure your itinerary includes a stop in the Darwin and Wolf Marine Sanctuary in the northernmost part of the archipelago. In fact, the area around these two islands is home to the largest abundance of sharks known in the world.

When is the best season for Galapagos diving?

Galapagos are a year-round tropical diving destination, but there are two different diving seasons with different climatic conditions and predominant ocean currents. These ocean currents, the Humboldt and Cromwell being the most influential, largely dictate the islands’ climate and their unique ecology both on land and below the water.

Water temperatures are warmest during these months, averaging around 25°C (77°F), and are most enjoyable in a 3mm wetsuit. This season also provides the best visibility and brightest sunlight, and is the choice of

With cooler water temperatures, stronger currents, and flatter light due to the cloudy weather in “garua” season, diving during this season appeals to more advanced divers and those who want to see the most marine life on your Galapagos diving tour. This cooler, drier season, is due to the Humboldt the upwelling of the nutrient-rich water from the deep to support an amazing diversity of marine life.

Perhaps the two most legendary species, that people come from around the world to see are whale sharks and large schools of hammerhead sharks. The northern islands around Wolf and Darwin Islands have the highest biomass density of anywhere on the planet, with about 10 times more living creature mass per area than the Great Barrier Reef of Australia! Sharks make up a significant percentage of this mass. The black-tipped shark, and white-tipped shark are commonly seen, and the elusive Galapagos Shark is a large, shy endemic species.