Get to know San Cristobal

Welcome to the oldest and second most populated island of the Galapagos, San Cristobal. This island is the furthest island from the volcanic hotspot that has produced the Galapagos Islands, indicating its relatively old geological age. It is also home to an extremely unique natural environment, unlike any other in the Galapagos Islands. It hosts the only permanent freshwater lagoon in all of the archipelago. It’s also the best spot to hang if you’re a surfer and is home to several endemic species of the Galapagos.

The town of Puerto Baquerizo Moreno is the political capital of the Galapagos and is its second largest town. One of the Galapagos’ two airports that fly to the mainland of Ecuador is just minutes outside of town. The downtown area is spread in front of the beach. Barking sea lions welcome you as you arrive at the dock and are omnipresent as you walk down beach and the boardwalk. The main drag is a long line of shops and restaurants that cater to everything travelers need in the way of souvenirs and services. 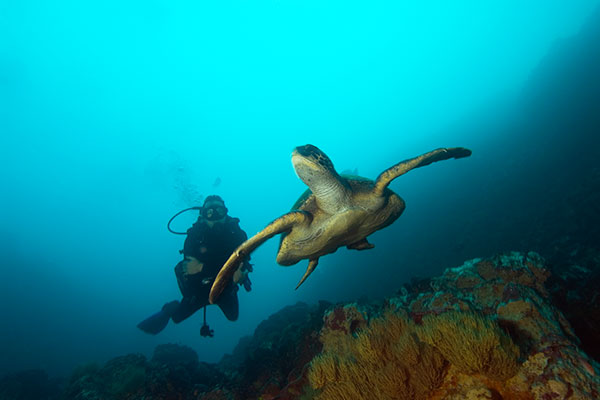 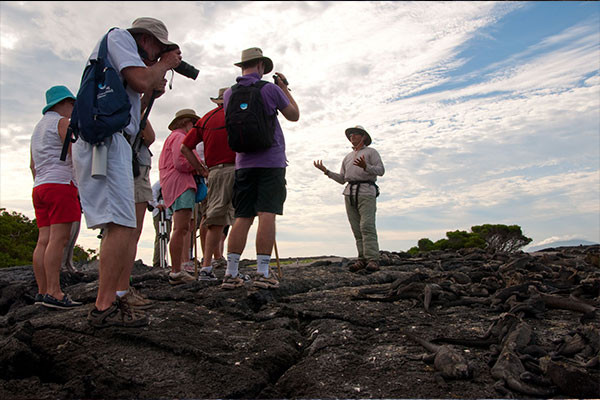 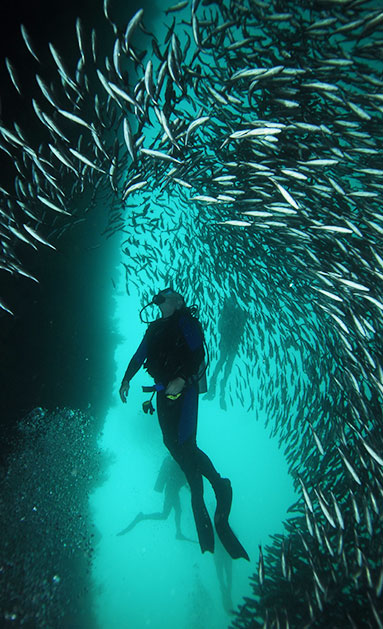 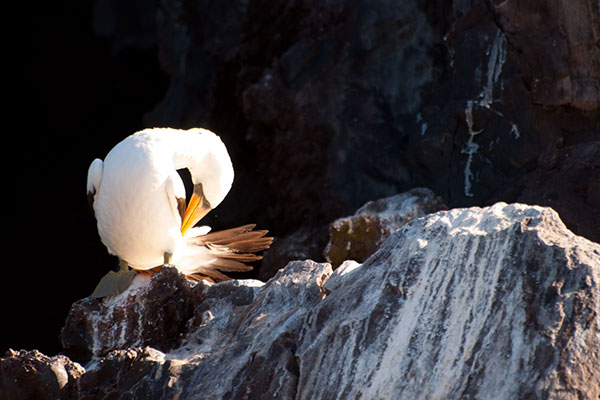 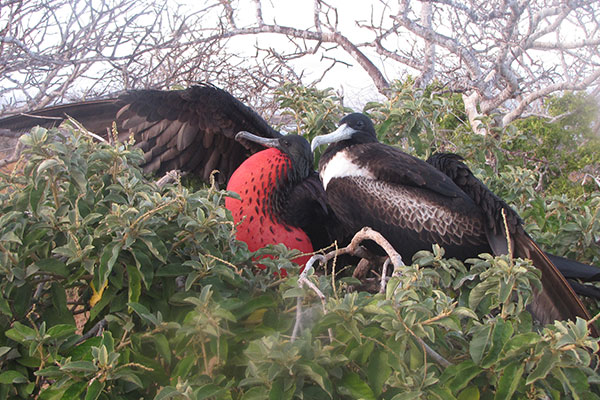 Here, a team of ecologists are dedicated to preserving the natural and human history of the Islands and sharing that with excited travelers. This is an important part of the Galapagos experience, because it is our belief that along with the gift of experiencing the Galapagos Islands as a visitor comes the responsibility of helping to maintain these fragile ecosystems in such pristine condition.

There are two species of frigatebirds in the Galapagos: the Great and Magnificent Frigates. They are a truly astounding bird with a bright red pouch that the males inflate to attract the females soaring up above. This mating display is a must-see for avid birdwatchers.

Also known as “Pitt Point,” this cliff-lined beach is not only home to a sea lion colony but also all three types of Booby birds native to the islands: Blue-footed, Nazca, and Red-footed. This is a great spot for snorkeling, bird watching, or simply taking in the majesty of nature.

Although this is technically a couple hours from the shore of San Cristobal, it’s a very popular destination. Explorers love to see the fascinating rock formations and sea life via kayaks, dinghy rides, and snorkeling. In addition to the sharks and tropical fish that frequent these waters, you might even see the giant manta rays that occasionally monitor the deep blue.

Like many other beaches around San Cristobal, Lobos Island is home to a giant population of sea lions. It’s against the rules to touch them, but when you put on your bathing suit and snorkel, you’ll have just as much fun swimming with them!

While many Galapagos sites require a fair amount of energy to fully enjoy, Carola Beach is a nice place to take a lesson from the sea lions and just bask in the sun’s warmth. Puerto Chino is another relaxing white-sand beach, where you can spend the whole day hidden in a true paradise.

The Galapagos Islands have intriguing human history too. This cove is now a breeding site for blue-footed boobies; but over the past centuries, treasure seekers have brought their shovels in hopes of finding the alleged pirate booty that might be hidden beneath this golden sand.

The word “Galapagos” is the Spanish colonial word for “saddle,” the shape that early explorers felt the giant tortoise shells resembled. At La Galapaguera, you can witness these giant tortoises in captivity firsthand.

This is the largest and only permanent freshwater source in the Galapagos Islands, attracting pintail ducks, mockingbirds, and frigatebirds who want to preen their feathers with a bath. It sits in the caldera of a long-extinct volcano, and according to a Galapagos conservancy site, it is accepted that this volcano-based lake has been around since the last ice age.

Is another good spot to see the soaring frigatebirds and do some tranquil swimming. Cerro Brujo (Witch Hill) hosts impressive rock formations, finches, shorebirds, sea lions, and many other interesting land and marine life.