Visiting The Galapagos Islands in January

In January, the warm season is now in its full splendor. Mornings tend to have sunny blue skies, and after the temperatures rise, it’s common to have afternoon showers. The guarua fog that was prevelant the past several months is almost nowhere to be seen.

There’s never a bad time to visit the Galapagos Islands; but if you prefer a tropical climate with warmer waters, then January is the perfect month to visit. This chain of islands is a hidden treasure of the Pacific, made famous by Charles Darwin’s groundbreaking evolutionary observations on its diverse wildlife species.

According to the NOAA, 2015 has a 65% likelihood of being an El Niño year, meaning there will probably be more rainfall and higher temperatures than normal. Make sure to pack rain jackets and anticipate short daily rains or storms. Because of the “El Niño” phenomenon and the Humboldt Current, the South American wet season experiences warmer surface waters, making it an ideal season for snorkeling, diving, and swimming.

Of course, the July to December dry season is great too, for those who like cooler temperatures and sunnier skies, but if you want to escape the frigid North American winters, there’s no better time than January. 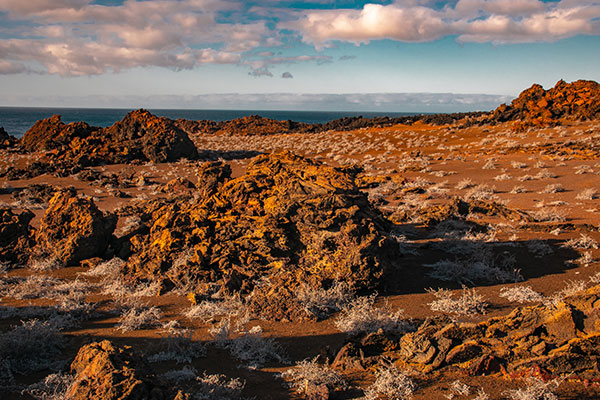 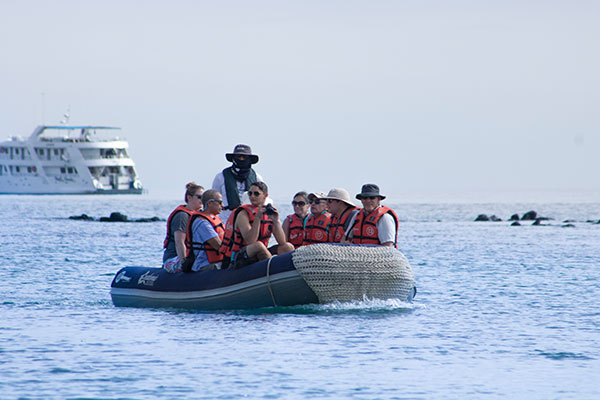 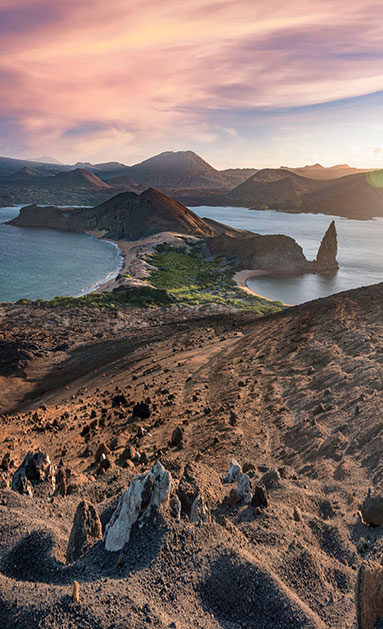 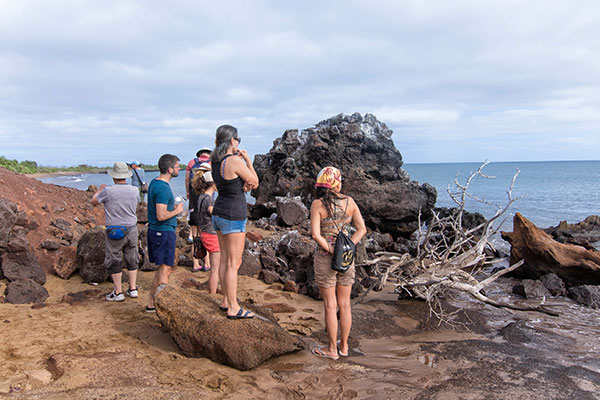 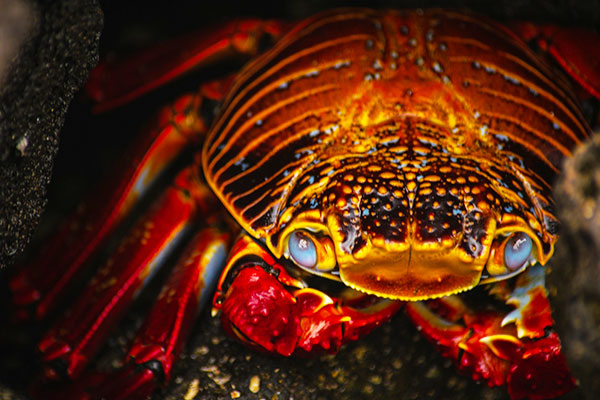 Tourism Level and Traveling in January

Early January is high season in the Galapagos as people are finishing their new-years vacations. Later in the month though, the demand is lower, and there is a better chance of being able to find a last minute deal on a Galapagos cruise or land tour.

What to do in the Galapagos in January

Snorkeling and SCUBA diving in the Galapagos are excellent in January. With the snorkeling equipment (mask, snorkel, fins) provided by your cruise, you will be able to see with clarity how this volcanic chain of islands was formed and watch as brightly colored reef fish, sharks, and rays swim by.

If you want to get even closer to the marine action, think about going diving. This small Pacific archipelago was named to the top seven Underwater Wonders of the World. And the warm water makes it perfect for underwater exploration. You can book a longer diving cruise or do land-based SCUBA sessions.

For those seeking fun without the flippers and oxygen masks, there’s year-round hikes, and kayaking available on cruises, and mountain biking, surfing and other activities available on a land based tour. But if you’re just looking for a relaxing getaway, then the white sand, blue water beaches are a great way to experience the ultimate serenity that Ecuador has to offer.

Galapagos Wildlife in the Warm Season of January

The warm season is possibly the best time to visit the Galapagos if you want to see unique species of birds, as they are more active during this time of year.. Generally, this is the season that the land-birds begin nesting. Among the most commonly spotted avian species this time of year are the White-cheeked Pintail Duck (Anas bahamensis) and the Nazca Booby (Sula granti).

White-cheeked Pintail (Anas bahamensis) -These ducks are most commonly seen around Caribbean islands and in Chile and Argentina, but can also be found in the Galapagos Islands. They have white and brown heads and brown spotted bodies, but their defining characteristic is their red-accented blue bill. These birds nest starting in January and February.

Nazca Booby (Sula granti) – This bird, a cousin of the more-famous blue-footed booby, is primarily white with black wing- and tail-feathers. They will begin their nesting in conjunction with the start of the warm season, around January. Their courtship dance is just as notable as their blue-footed cousins, but what makes the Nazca booby unique is the fact that when a parent lays two eggs, the first one to hatch will force its sibling’s egg out of the nest, effectively killing it. The parent does not intervene.

Other species of birds – nest during this season, and year-round depending on food supplies, include the Flightless Cormorant (Phalacrocorax harrisi), Galapagos Penguins (Spheniscus mendiculus), Great and Magnificent Frigatebirds (Fregata minor, Fregata magnificens), and the Greater Flamingoes (Phoenicopterus roseus).

The Galapagos Giant Tortoise (Geochelone nigra)– Most visitors see the tortoises on Santa Cruz or San Cristobal Islands, but Isabela Island and the Alcedo Volcano is home to the largest tortoise population in the archipelago. The tortoise can grow to be nearly six feet (1.8m) in length and weigh over 800 pounds (400kg). They lay eggs during several months during the year, primarily during the warm season between January and May.

The green sea turtle (Chelonia mydas) – Between December and June, the Galapagos Green Turtle is in its prime nesting season. This means that females will leave the ocean to nest and lay her eggs on shore. Among the largest of the turtle species, they can grow to weigh over 400 pounds.

Land Iguanas (Conolophus subcristatus) – Iguanas of all species can be seen throughout Ecuador in the coastal cities; the Land Iguana of the Galapagos are between three and five feet in length and can be seen basking in the sun on the volcanic rocks of the archipelago. January marks the start of their reproductive cycle on Isabela Island, which will be complete when their eggs hatch just four months later, in April.

Marine Iguana (Amblyrhynchus cristatus) – The Galapagos Marine Iguana is unique because it is the only lizard that swims in the ocean. In January, adults on some islands will become bright green, red, and black, as they prepare for nesting in February and March, their eggs will hatch in May.