Visiting The Galapagos in February

As the month of February progresses, the sun in Galapagos shines brighter by the day. Although February and March are the rainiest months of the wet season, the moments of rain are normally followed by sun. It’s still an ideal time to visit the Galapagos if you enjoy sunny days and warmer water. Between January and April, the sea temperature continues to rise, making it a very comfortable season for underwater exploration.

The underwater visibility is also at an annual high during these months. Just be sure to pack plenty of sun block with a high Sun Protection Factor (SPF); generally, 30 and above is a good baseline for the intense equatorial sun.

For the aficionados of wildlife, February is one of the most active breeding months for many of the indigenous species of birds. Additionally, the marine iguanas begin to nest on the shores of many of the islands.

If you’re booking your trip last-minute, then February is a smart choice, as the December/January holiday rush has generally tapered, and vacancies in hotels, cruises and activities is higher than normal. Galapagos cruises are also a great romantic getaway for those seeking an intimate and unique Valentines Day. 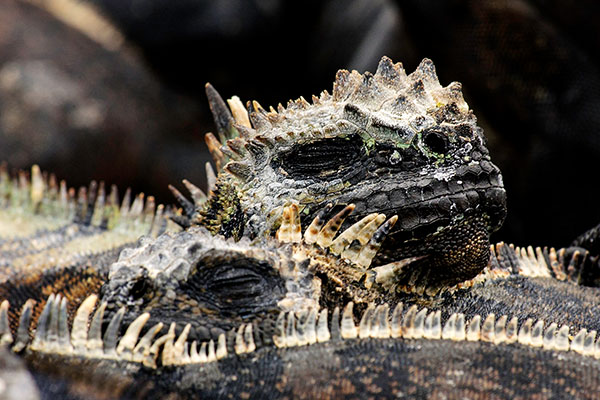 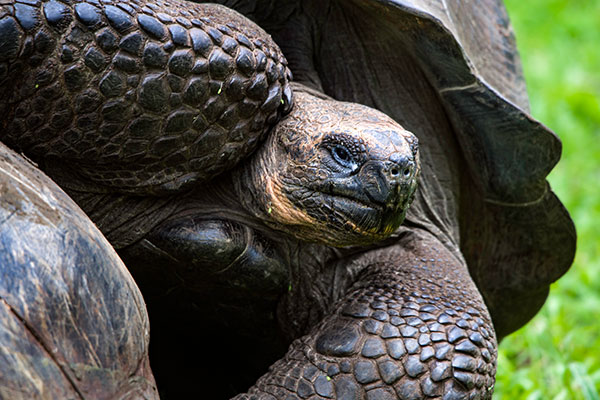 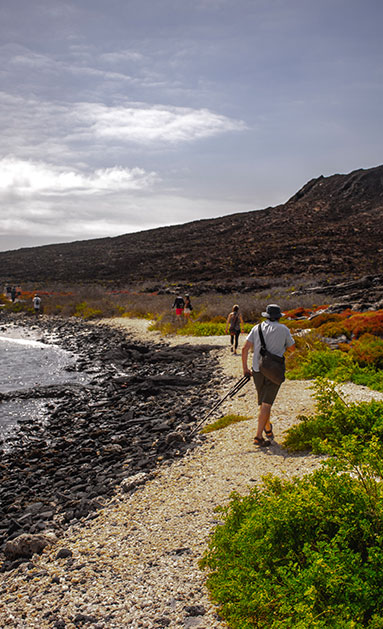 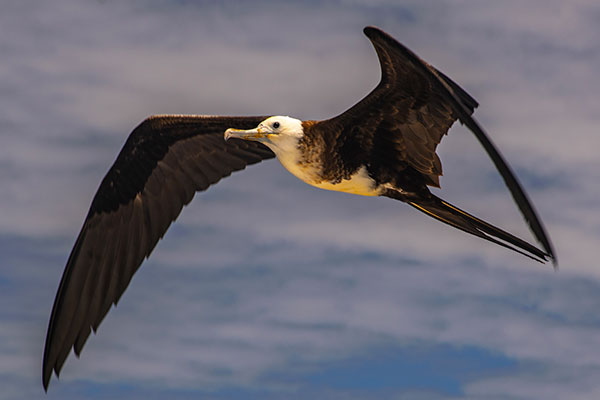 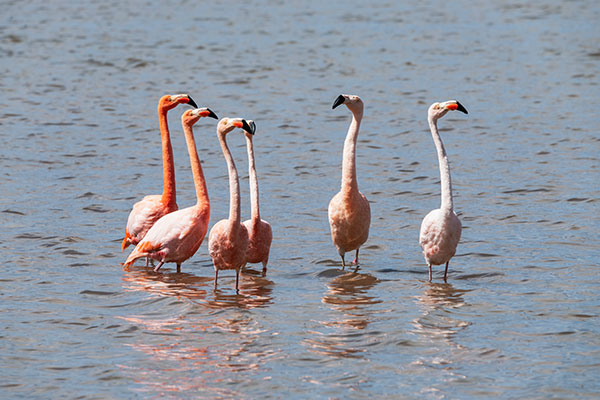 The best way to truly immerse yourself in the Galapagos Islands is to take part in some of the many great activities that are available. Hikes to visitor spots are usually in the mornings as the afternoons commonly heat up — a perfect time for snorkeling. The warm season is perfect for underwater exploration like snorkeling, or SCUBA diving for the more advanced explorers.

For those seeking to enjoy the islands above the water, there are plenty of options for that as well. Nature lovers can rejoice in the unique endemic species of flora and fauna all over the island. You can get to know the islands’ residents even better by kayaking through the coves and along the shores or on one of the many hikes or walks offered by various guide companies.

Get to know the flora and fauna of the warm season

Whether you’re a bird-lover, underwater fanatic or a landlubber, the wildlife in February is as vibrant as ever. The entire warm season is notable for the avian mating and nesting on the islands. And February lays claim to the nesting of Green Sea Turtles (Chelonia mydas), Land Iguanas (Conolophus subcristatus), and Marine Iguanas (Amblyrhynchus cristatus). Galapagos Giant Tortoises also lay their eggs during this month.

Land Iguanas (Conolophus subcristatus), nesting season – The Galapagos Land Iguana is a common site on many of the islands, most often seen basking in the sun. They can grow to be over three feet long and weigh over 30 pounds. Until the early 2000s, the yellow/green species were believed to be the only land iguana species in the Galapagos until the discovery of the pink and black land iguana species endemic only on Wolf Volcano and Isabela Island.

Marine Iguana (Amblyrhynchus cristatus), nesting season – This is the only lizard that splits its time between the land and sea. Since it primarily lives on land, February is a great month to scout these out on the Galapagos, as they begin to nest. Their population in the archipelago is well over 200,000 and can be found on nearly any island. When they are not on land, they are in the ocean eating seaweed.

The Galapagos Giant Tortoise (Geochelone nigra), lays eggs- Capable of growing to a whopping 800 pounds, the Galapagos Giant Tortoise is a site to see. With shells over five feet long, these land giants are a unique part of the Galapagos experience. In fact, early Spanish explorers said these giant shells reminded them of saddles, and therefore named the islands after a popular style of Spanish saddle at the time, the “Galapago.” In February, they are a species of interest because this is a month during which they nest.

Great Frigatebird (Fregata minor), Magnificent Frigatebirds (Fregata magnificens), nesting – The frigatebirds are best known for their giant wingspan which can reach close to three yards in length; compared to their body size, they have the largest proportionate wingspan among all bird species. The male frigatebirds have a large, red throat pouch that they inflate during mating to attract the females.

Greater Flamingoes (Phoenicopterus roseus), breeding and nesting – These aren’t your neighbors lawn flamingoes, they’re the real deal. The Greater Flamingo of the Galapagos can grow to be over three feet tall. Their mainly crustacean diet is responsible for their bright pink colors. For their own safety, flamingoes are a social bird and stay in large flocks.

Galapagos Dove (Zenaida galapagoensis), nesting – Found strictly in the Galapagos, this dove’s nesting season reaches its peak during the winter months. It is brown in color and builds its nests on the ground, in rock cavities or in the abandoned nests of the Galapagos Mockingbird.