Your December trip to the Galapagos

The Galapagos Islands are expected to experience higher than normal air and water temperatures in December 2015 due to the impending El Niño event. This is also likely to cause more rain than an average December. The increased water temperature also puts extreme food pressure on any species whos diet is based upon a food chain that originates in ocean. I previous El Niño events of 1997-98 and 1982-83 saw devistation of populations of marine iguanas, penguins, and most seafood dependent species.

December is a very unique month to visit the Galapagos Islands, as it marks the shift between the cool/dry season and the warm/wet season. Depending on when you plan your trip and the climates of that particular year, you might experience either or both of these seasons all in one trip. Because of this, December is considered one of the best months to visit for good weather.

Since it is the start of the hot and rainy season, it’s even more important to remember to use a high SPF sunscreen. 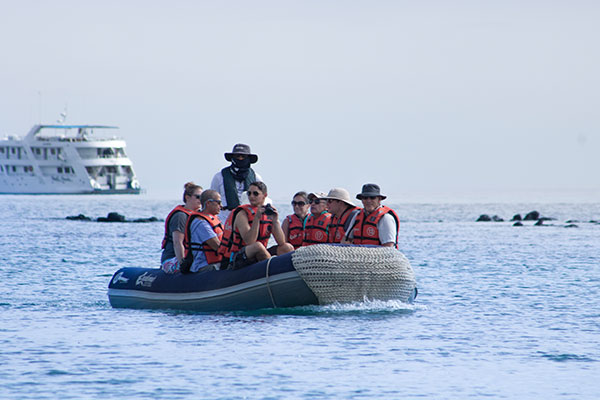 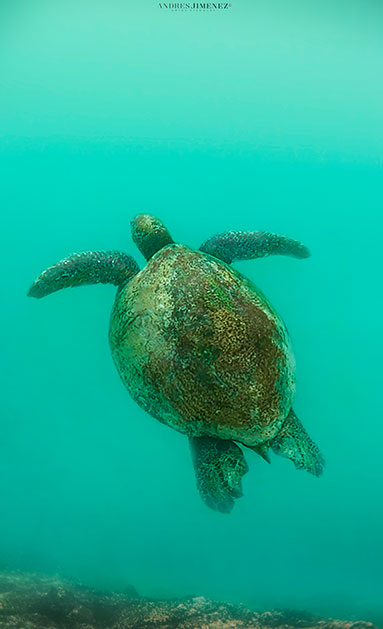 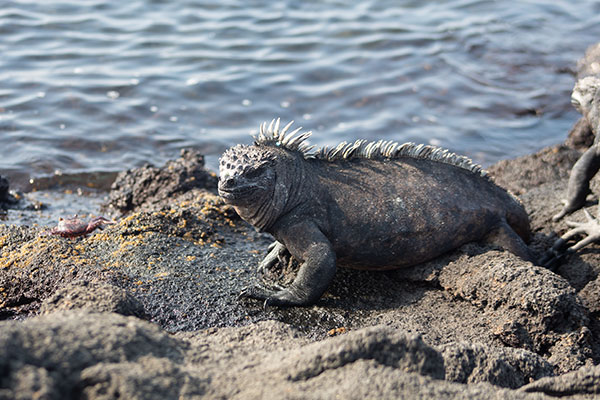 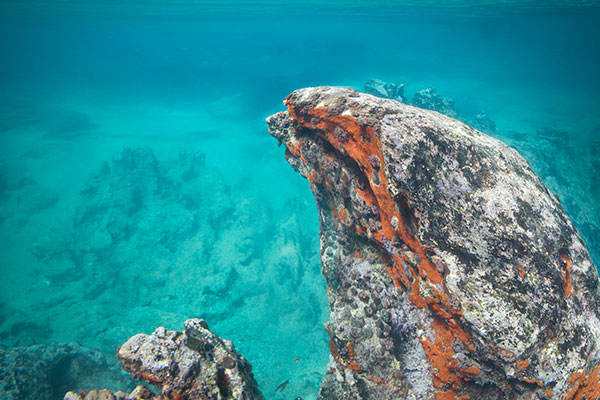 Since the rains begin in December, the plants begin to come into bloom once again, returning the Islands to a lush green landscape. This is also when snorkelers might see sea turtles beginning to display their mating behavior and the giant tortoise eggs beginning to hatch.

Plan ahead to confirm your reservation

With the holiday season and Christmas break, the Galapagos Islands are in the tourist “high season” during December. It’s important to book your cruise or hotel reservations early to make sure that there is availability. This is also a more festive time of year, meaning that this is the ideal time for a family to travel together, as the kids are usually out of school and parents have a short break from work.

The Galapagos animal highlights of December

Galapagos giant tortoise (geochelone elephantophus) – eggs begin to hatch. Perhaps one of the most famous animals endemic to the Galapagos, the Galapagos tortoise is the world’s largest tortoise, weighing up to 550 pounds and sometimes reaching over five feet in length. They can also live longer than 150 years, making them the longest-lived vertebrate. The oldest tortoise on record was 152 years old.

Saddle-backed tortoises lay between 2-7 eggs, while domed tortoises can lay up to 25. After a 110-175 day incubation, the hatchlings will come out of their eggs and stay in their nests for a few weeks before crawling out. The largest population can be found on Volcano Alcedo on Isabela Island (between 3000-5000 tortoises). They can also be seen safely kept in captivity at Isabela Island’s tortoise breeding station.

Galapagos green turtle  (chelonia mydas) – begins to show mating behavior. These turtles can be seen year-round throughout the Galapagos Islands, mostly gliding through the water. Generally weighing between 100-200 pounds (45-90kg), they are easy to spot and accustomed to interested snorkelers.

Capable of moving gracefully through the water, they have been clocked at speeds of 35 miles per hour (56 km/h) and can spend hours underwater before surfacing again for more air. Another defining characteristic of this species is that females are larger than males. Their vegetarian diet consists mainly of seaweed.

Waved Albatross (phoebastria irrorata) – first of the young begin to fledge. During this time, the youngest birds begin to develop wing feathers that will soon be large enough for flight. Around January, when they can fly, they will leave the island and spend up to six years at sea, hunting and scavenging.

These birds (the largest of the Galapagos) are endemic only to Española Island, and are one of the few birds that actually steal other birds’ food (a practice known as kleptoparasitism). They can live as long as 30 years, but their population is currently critically endangered due to the fishing industry. Although long-line fishing is banned in the Galapagos, the largest risk is the open waters where they fly off the coast of South America.

Marine & land iguanas (Amblyrhynchus cristatus; Conolophus subcristatus, pallidus, marthae) –begin mating. The iguanas endemic to the Galapagos Islands are some of the most defining evidence of evolution that you will see. The marine iguanas (the only sea-going lizard in the world) have evolved flattened tails that allow them to swim and dive expertly. Their stomachs have also adapted to allow them to digest their diet of seaweed. Their black skin blends into the rocky lava shores where they sunbathe. During the mating season, their skin takes on its most vibrant colors. Females lay 2-3 large eggs in their burrows, which the males will aggressively protect.

Land iguanas in the Galapagos are much larger than their smaller, bright green cousins on the mainland. Here, they range in color from yellowish-brown to black with a pinkish head, depending on the species. They can be seen basking in the sun in large colonies on most of the islands in the Galapagos archipelago. Male iguanas can be very aggressive and territorial when it comes to defending their area. This territory will often include several females, who will lay between 2 and 20 eggs.